There is no single way a healthy vagina should smell. “Every woman has her own scent and it’s a totally normal part of who she is. You are most sensitive to your own natural odour and it’s very unlikely that anyone else around you can smell it,” explains Dr. Vanessa Cullins, Vice President for External Medical Affairs at Planned Parenthood Federation of America

Many people would describe their healthy vaginal odour as being musky, and despite comparisons to gardens and flowers, vaginas will never smell like a bed of roses. That said, vaginal odours outside your typical smell can be a sign that something’s amiss.

There are a few factors that can lead to changes in vaginal odour: infections or STIs, exercising and sweating, hormone levels during your menstrual cycle, and more. When should you see a doctor? Dr. Cullins says, “an unpleasantly smelly odour can be a sign of an infection that needs to be treated right away, especially if it’s accompanied by an unusual discharge.” Your body is smart. When your vagina is trying to tell you something, don’t ignore it.

Read on to learn more about seven common types of vaginal odors to look out for, explained with the help of Dr. Cullins and Dr. Debora Nucatolah, Senior Director of Medical Services, at Planned Parenthood Federation of America.

There are many different kinds of bacteria growing in your vagina,” explains Dr. Cullins. “These bacteria are completely normal and keep the vagina healthy. However, bacterial vaginosis (BV for short) is caused by an imbalance of different kinds of vaginal bacteria. Sometimes BV has no symptoms at all; other times, symptoms may include a thick, frothy discharge that’s usually white or grey, a strong fishy odour (especially after sex or washing with soap), and itching.”

“If you’ve eaten a lot of onions or garlic, you can excrete an onion or garlic smell in your urine, and your vaginal discharge may change temporarily in smell, as well,” explains Dr. Nucatolah says. “Within 24 to 48 hours of eating these pungent foods, your discharge, vagina, and urine should return to their normal smell. In [people with vaginas], the opening called the urethra from the bladder to outside the vulva, the vaginal opening, and the anus are all separate openings but they are located close together. Sometimes you may think it is your vulva or vagina that smells but it may be your urine or feces or anus. The best thing to do is to wash with soap and water, and then try to decide where the smell is actually coming from.”

Treatment: Take a shower or bath and you’ll say bye-bye to the B.O. smell.

“Yeast infections are caused when a yeast called candida (CAN-di-duh) grows too much. Most people have small amounts of yeast in their mouths and intestines. Healthy women have yeast in their vaginas. But sometimes this yeast overgrows and causes a yeast infection. The discharge looks like cottage cheese. It can be so thick that you might notice a thick white coating in and around your vagina,” says Dr. Nucatolah says.

Treatment: Your doctor can prescribe an anti-fungal medication, such as Diflucan.

4. Your Vagina Smells Sour or Stale

“You may have heard of trichomoniasis, or ‘trich’ (pronounced like the word trick), but many people are not sure what it is. Trich is one of the most common causes of vaginitis. Trichomoniasis (trick-oh-mo-NEYE-ah-sis) is an infection caused by a protozoan, a microscopic, one-cell animal called a trichomona, which is a sexually transmitted infection that can cause an unpleasantly smelly discharge. More than eight million Americans are infected with it every year,” says Dr. Nucatolah says.

Treatment: Trichomoniasis can be treated (and cured!) with antibiotic treatment. See your gyno A.S.A.P.

If you’re smelling a coppery smell, it’s could be tied to blood. Blood contains iron, which is responsible for the metallic smell. So, if you’re on your period, that could be the cause of the copper odour. Even if it’s not your period, you could be experiencing light bleeding from sex and that could be the culprit. A copper smell is no cause for alarm unless you’re also experiencing itching, burning, and/or suspicious discharge.

Treatment: Try using a lubricant if you’re experiencing light bleeding related to intercourse; the additional moisture can help prevent small cuts or scrapes from forming in the vagina.

“If a tampon has been forgotten for days or even longer, the smell is extremely foul and should prompt you to see a healthcare provider to make sure all of the tampon is found and removed, and to determine whether you need further treatment,” says Dr. Nucatolah.

Treatment: If you have a strong odor that smells like meat, go to the doctor immediately.

Possible cause: Bacterial vaginosis or bits of urine

We talked about BV earlier, and while it causes a fishy vagina smell in some women, others may interpret it as a bleach or chemical smell. But that’s not the only thing that could be causing a bleach or ammonia smell: What you’re smelling could actually be urine. When you’re dehydrated, your urine can take on a chemical-like smell. This smell could also be attributed to the use of spermicides, lubricants, or even semen.

Treatment: If the smell persists

for more than a few days, visit your gynaecologist to determine if you have BV. 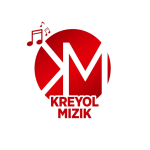 Kreyol Mizik is a blogger from Haiti. He is also a knowledgeable authority in web design, web development, Investor , Technician , and Motion Graphics. Learn more about Kreyol Mizik history and experience, and connect with him on Facebook and Twitter Contact us for promotion
+50940768933
Email :[email protected]

Google profit up by 10 billion